We designed the antidote flowers to save the bees from the pesticides. That was the point of them. They did their job. They were never meant to do more than that. The bees had to want to pause for a while, collecting nectar, picking up pollen and getting their dose of the antidote. Beautiful and simple. We made them yellow for the bees. We weren’t thinking about anything or anyone else. But it was a new yellow and it turned out our new yellow was what humans wanted too.

It started at the royal funeral. Inside the Abbey, they were strung together the length of the aisle and bunches of them were fixed at the end of each pew. We saw it live on TV. People threw them at the hearse as it passed them in the street.

‘They’re throwing pharmaceuticals at their dead monarch,’ we said to each other. ‘The antidote’s good, but it won’t resurrect the King.’

And then every funeral had them. Every dead commoner was remembered with antidote flowers. Funeral parlour windows were yellowed up. Mourners dropped them onto coffins and wept.

The royals made them wedding flowers as well – the bridal bouquet and the buttonholes, broadcast around the world. Antidote flowers for weddings and funerals. We didn’t mean it to happen. We didn’t have some deal with the Palace. They just wanted them, and everyone else did too. They were drawn, like the bees, to that yellow.

The Dutch tried to sue us. We couldn’t blame them. We were beating them in their line of business, entirely by accident. It must have been the final nail, as it were, when their fellow citizens started taking tourist flights over our yellow fields. We had to acquire more land to meet the demand. We had no choice. To think, a few antidote flowers in the hedgerows had become a carpet of yellow from coast to coast. You could see it from space. 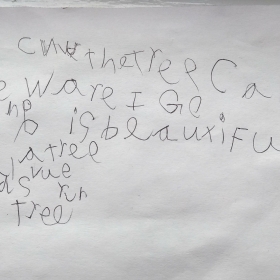 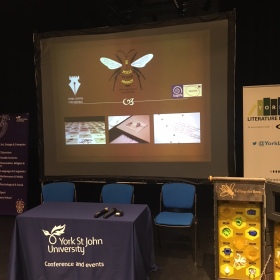